Warning: Because screenshots can take up a lot of space, ManicTime will store screenshots for the past 7 days (default setting). You can change that in Settings, Screenshots 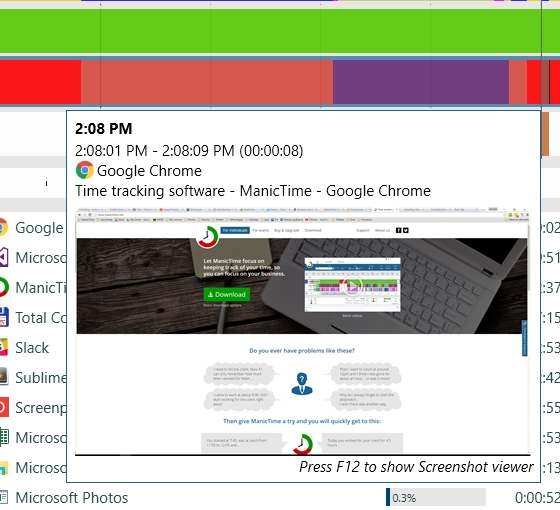 Moving your mouse over the timelines or Day view details will update the screenshot.

If you press F12, screenshots will show up in bottom half of ManicTime or in a dedicated window.

You can dock screenshots to bottom left, bottom right or full bottom part. 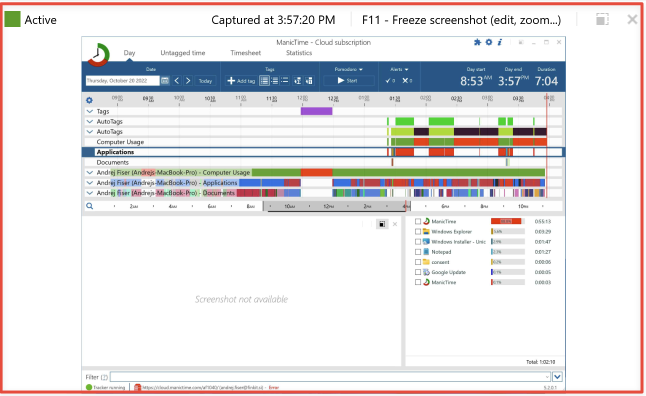 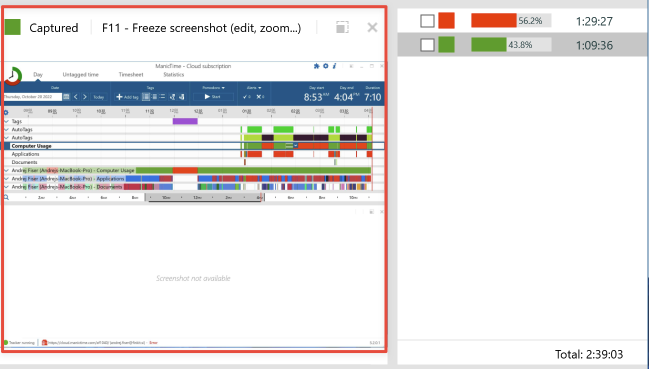 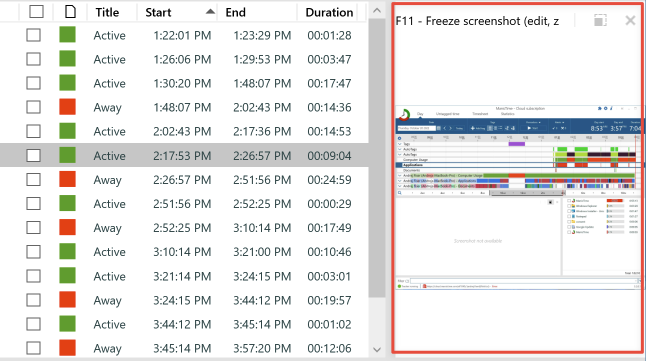 Screenshot viewer in a dedicated window 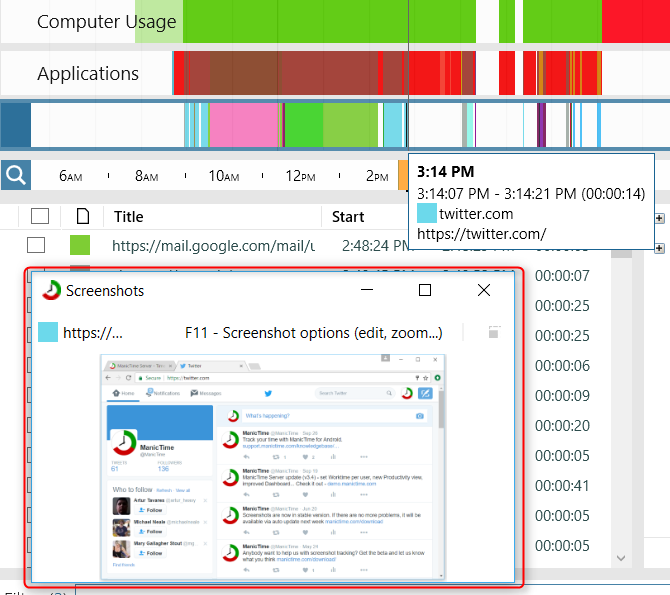 Screenshot viewer in another window

To toggle between screenshot viewer in a window or as part of the bottom section of ManicTime, click on gray square icon. 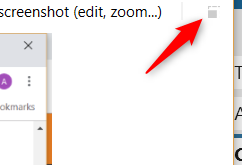 To get to the screenshot toolbar menu (zoom, edit, copy...), press F11 while viewing a screenshot. This will freeze the screenshot, which will allow you to use the toolbar below. 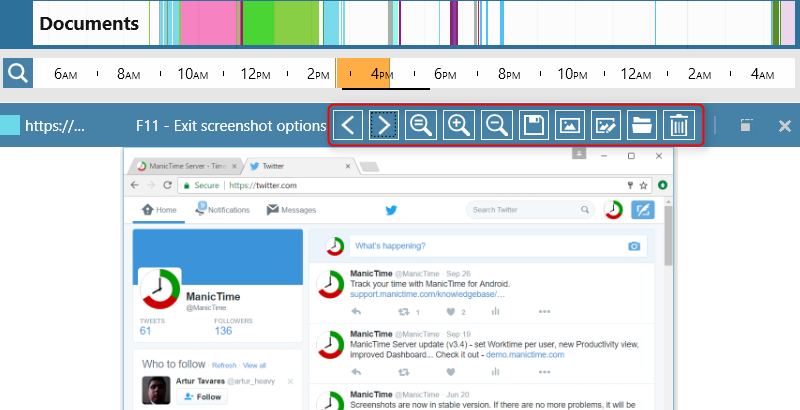 While screenshot is freezed, you can now hold down Shift (or CTRL for multi selection) and press cursor keys. This will start a time selection, which you can then use for tagging.

While screenshot is freezed, and you navigate between screenshots, it will only show screenshots for specified Day view filter. For instance this would make searching for snapshots of the specific file you may have lost much easier.

Do not record screenshots for specific processes

You can set ManicTime to not record screenshot for specific process. The easiest way to do this is from Day view. Right click on the process, then choose Tracking -> From now on stop recording "Process name" screenshots.

After that ManicTime will ask you if you also want to delete existing screenshots for this process.

In Settings, Screenshots you can also make changes which processes ManicTime should/shouldn't take screenshots for. 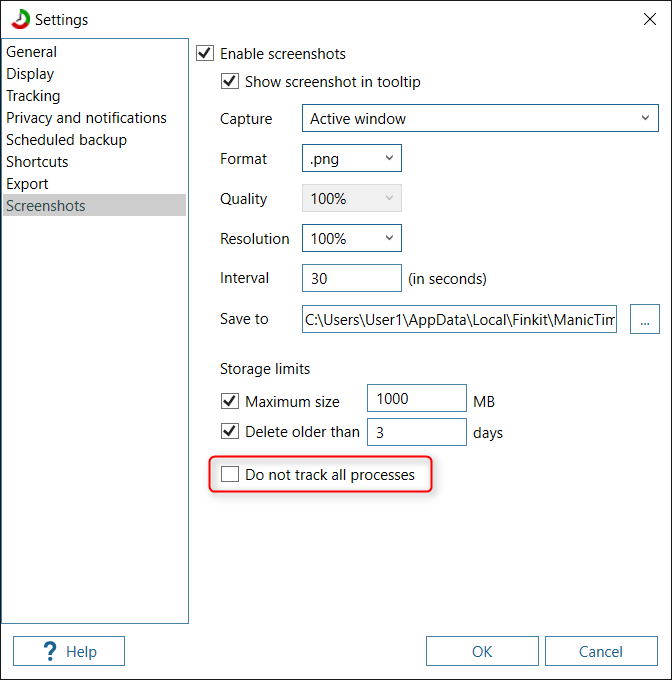